Lebanese cuisine includes an abundance of starches, fruits, vegetables, fresh fish and seafood; animal fats are consumed sparingly. Poultry is eaten more often than red meat, and when red meat is eaten it is usually lamb on the coast and goat meat in the mountain regions. It also includes copious amounts of garlic and olive oil, often seasoned by lemon juice.

Rarely does a meal goes by in Lebanon which does not include these ingredients. Most often foods are either grilled, baked or sautéed in olive oil; butter or cream is rarely used other than in a few desserts. Vegetables are often eaten raw or pickled as well as cooked. While the cuisine of Lebanon doesn’t boast an entire repertoire of sauces, it focuses on herbs, spices and the freshness of ingredients; the assortment of dishes and combination are almost limitless. The meals are full of robust, earthy flavors and, like most Mediterranean countries, much of what the Lebanese eat is dictated by the seasons.

In Lebanon, very rarely are drinks served without being accompanied by food. One of the more healthy aspects of Lebanese cuisine is the manner or custom in which their food is often served, which is referred to as mezze. Similar to the tapas of Spain and antipasto of Italy, mezze is an array of small dishes placed before the guests creating an array of colors, flavors, textures and aromas. This style of serving food is less a part of family life than it is of entertaining and cafes. Mezze may be as simple as pickled vegetables, hummus and bread, or it may become an entire meal consisting of grilled marinated seafood, skewered meats, a variety of cooked and raw salads and an arrangement of desserts.

Although simple fresh fruits are often served towards the end of a Lebanese meal, there is also desert and coffee. Balawa is also a popular Lebanese dessert.

A unique cultural past has helped make Lebanese food the most popular of all Middle Eastern cuisines. For most of its past, Lebanon has been ruled by foreign powers that have influenced the types of food the Lebanese ate. From 1516 to 1918, the ottoman Turks controlled Lebanon and introduced a variety of foods that have become staples in the Lebanese diet, such as cooking with lamb.

After the Ottomans were defeated in World War I (1914–1918), France took control of Lebanon until 1943, when the country achieved its independence. During this time, the French introduced some of their most widely eaten foods, particularly treats such as  caramel custard dessert dating back to the 1500s, and buttery croissants.

The Lebanese themselves have also helped bring foods of other cultures into their diet. Ancient tribes journeyed throughout the Middle East, carrying with them food that would not spoil easily, such as rice and dates.

The Lebanese gastronomy is a rich mixture of various products and ingredients coming from the different Lebanese regions. Olive oil, herbs, garlic and lemon are typical flavours found in the Lebanese diet.

The Mezze, an elaborate variety of thirty hot and cold dishes, had made the Lebanese cuisine renowned worldwide. A typical Mezze may consist, of salads such as the Tabouleh and Fattoush, together with dip such as Hoummous, Baba ghannouj or Moutabal, and some patties such as the Sambusacs and finally stuffed grape leaves.

Family cuisine offers also a range of dishes, such as stews or Yakhnehs, which can be cooked in many forms depending on the ingredients used and are usually served with meat and rice vermicelli.

The Lebanese flat bread is essential to every Lebanese meal, and can be used to replace the usage of the fork.

Arak, an anise-flavored liqueur, is the Lebanese national alcoholic drink and is usually served with the traditional convivial Lebanese meals. Another drink is Lebanese wine, which is now enjoying a worldwide reputation.

Known among the great variety of Lebanese sweets, are pastries such as Baklawa, the Lebanese ice cream with its oriental flavors, and the Lebanese roasted nuts variety and mixes as part of culture.

Social events play a significant role in Lebanese gastronomy, as some dishes are particularly prepared on special occasions: the Meghli desert, for instance is served to celebrate a newborn baby in the family.

This is a selection of appetizers that can be eaten alone as in breakfast, as well as important ingredients of Lebanese dishes)

Posted in Lebanese Maediterrnean restaurant and arabic food San Diego, Lebanese Mediterranean Cuisine (a one of a kind).

The Freshness of Everyday Baking

Alforon will take you back on a Journey to 19th century Lebanon with the Flavors and Freshness of Old Time. Always fresh, always delicious.

ALFORON is Open :
-  Wednesday through Saturday 12:00 PM  to  8 PM,
-  Sunday 12:00 PM to 7 PM,
Closed on Mondays and Tuesday.
Hours may change based on Local County ordinances during Covid 19. Please call for current hours as they may be different

We will take care of all your Catering needs. 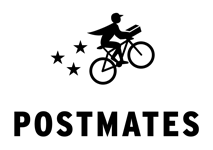 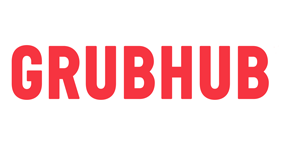 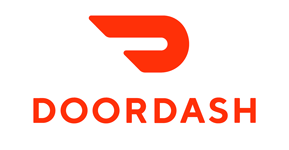 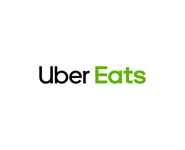 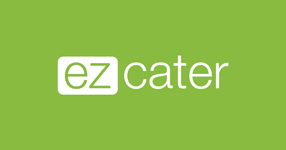 The Freshness of Everyday Baking

Alforon will take you back on a Journey to 19th century Lebanon with the Flavors and Freshness of Old Time. Always fresh, always delicious.
An Authentic Mediterranean Fresh Oven Baked Cuisine

ALFORON is Open :
-  Wednesday through Saturday 12:00 PM  to  8 PM,
-  Sunday 12:00 PM to 7 PM,
Closed on Mondays and Tuesday.
Hours may change based on Local County ordinances during Covid 19. Please call for current hours as they may be different

We will take care of all your Catering needs.